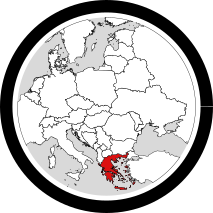 Golden Dawn Is Back on Trial

Loukas Stamellos reports on the criminal proceedings against the Greek neo-Nazi organization. He is a co-founder of the Greek media collective, OmniaTV. Translated by Danai Kapranou. On October 2020, the news that a Greek court had convicted leading members of the neo-fascist Golden Dawn party of running a criminal organization travelled around the world. The …

The Many Afterlives of Golden Dawn

Despite the fact that Greece suffered a violent history in the twentieth century, with its fair share of military dictatorships, a vicious civil war that led to the persecution of thousands of left-leaning citizens, and a peculiar post-war regime that systematically resorted to the violent repression of political dissenters, by the 1980s it seemed that far-right ideology and practices had been left behind for good. In that sense, witnessing the emergence and rapid spread of a far-right in the 2010s came as a great shock to the country. What we are witnessing in Greece, which may be instructive of broader general developments in the European context too, is a general shift to the right, in what has been described as “droitisation”. This is taking place simultaneously on two different levels: not only does it concern society at large but also the liberal centre, which is moving further and further towards the right.

“X them out! The Black Map of Racist Violence”

“X them out! The Black Map of Racist Violence” initiative arose from the need to reveal the organised hate crimes connected with the Golden Dawn neo Nazi organisation in order for the wider public to realise the extent of its criminal activity.

The normalization of racist rhetoric

The narrative that has been created on Roma – as Cayetano Fernández writes – is a white construct that produced the legitimization of white identity.